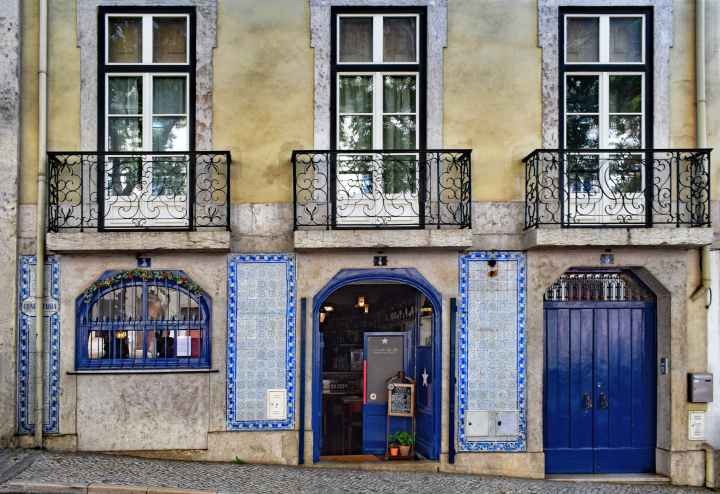 A year ago, I told myself that I would try as best I could to take a solo trip once every year. Last year, that trip was to Barcelona, where I fell in love with Catalonian and Spanish culture, their respective languages, and, of course, the food. This year, I figured I would maybe go to Athens or to Copenhagen, but flight prices and my current project of learning Spanish called me back to the Iberian Peninsula.

I finally decided that I would visit two cities in my nine days on the Iberian Peninsula – the first three in Lisbon, the subsequent three in Madrid, and then, finally, two in Lisbon to finish the trip. Much like my solo trip last year, I set the goal of travelling cheaply and without much luggage. I desired to simplify my trip so that I could focus as much as possible on the experiences I would have. I didn’t check any luggage (only a small backpack and a small duffle), each of the Airbnb’s I would stay in were around 27 euros a night, and I was set on spending only 20 euros a day on food and drink, and only and additional 15 euros on fun, like a museum ticket or a souvenir. Luckily, Lisbon and Madrid (to a certain extent) are cheap cities when compared to my home of New York City, so this seemed like an achievable budget.

My objective for any city vacation is usually to soak in as much of the culture (specifically cinema and literature) and living as similarly to the locals as I could. While I love beach vacations, my favorite way to travel in my twenties has been simple: to travel solo to different places I’ve never been before, meet new people, and to find the haunts that inspired the artists I love. And so, with tickets and lodging booked, I set off for the White City.

Unless one is blind (and even perhaps then), one cannot help but notice that there is a lot of freaking gorgeous tiling going on in Lisbon – on the streets, on the buildings, on the churches, on fountains, sold in shops, in restaurants, etc. etc. These Hispano-Moresque tiles, called azulejos, are figuratively as well as quite literally the foundation of the Portuguese aesthetic.

I can’t articulately describe my joy everyday walking through any old street while admiring the many colorful azulejo-clad buildings. I’m pretty convinced that if I didn’t do anything in Lisbon but walk around and enjoy these tiles, I still would have considered it a great trip. That is how beautiful they are.

Another great joy (sarcasm) were (eh, kind of) the (actually, to be honest, my mind isn’t totally made up on the issue) myriad Tuk Tuks throughout the city soliciting tourists for tours of Lisboa. From what I gathered from the locals, they are somewhat despised by natives. On the other hand, they are appealing and useful because they are so mobile and so much easier than schlepping it up and down the maddeningly steep streets of Lisbon on foot. In Sintra (Moor on that in Part III [see what I did there? Ha ha]), Tuk Tuks are very helpful, and I would even go so far as to recommend using one to castle hop, even if you have to look like a tourist noob.

Drinking Liquor at 10am Every Day in Lisbon is Medicinal

Each day I awoke, showered, dressed, stopped for a bica (a Portuguese espresso) and a Pão de Deus (literally translates to “bread of God”) at a local café, and then took off to the center city, where I would go to a place called Ginjinha Sem Rival, an old business that sells a special Portuguese cherry liquor, called ginjinha (or just ginja) that packs a whopping 18% alcohol. This cherry liquor is as iconic in Portugal as azulejo tile or pasteis de natas. At Ginjinha Sem Rival, I would chat with the bartender Paio, the friendly Galician, about the power of the internet and the history of his beloved Iberian Peninsula while I sipped on my ginja. (Fun fact: the first ginjinha bar was opened by a Galician monk, so I’m convinced that Paio, who is remarkably knowledgeable in all matters ginjinha, was called to do what he does.)

When I say this place is old, I mean that it is the second oldest Ginjinha business in Lisbon, established in 1890. It is remarkably small and shallow; definitely not a place more than 7 people could stand in comfortably and drink their ginjas. It is quite literally a “hole in the wall” type of place – a closet that sells shots of liquor for a Euro fifty. One couldn’t comfortably call this place a bar, but one definitely wouldn’t call it a pharmacy either, so it truly is unique to itself. It’s open from 7am to midnight, and I noticed that many older Lisboetas would stand at the bar counter and sip on their ginjas while they read the morning paper.

So, what is this “medicine,” you ask? Okay, a quick recap: in Portugal, ginja is a cherry liquor that has, for a long time, been thought to have medicinal properties. So back in the day, when people were sick or had an unsettled stomach, they would drink a little bit of ginja to help cure whatever ailment they had, much like today when we drink a ginger ale and eat saltine crackers when we feel sick. Over time, this liquor has turned from medicine into a rather fun point of cultural pride and tradition.

A Brasileira (est. 1905) is a famous Lisbon cafe where famous Portuguese writer Fernando Pessoa and other influential Lisbon modernist writers of the day congregated, wrote, and drank. Pessoa and others began a literary journal called Orpheu, which introduced the Modernist literary movement to Portugal.

While this café is relatively touristy now, in my humble opinion, it is still worth a visit alone for its modernist interior, and general old-timey feel. A cool statue of Pessoa rests outside of it in tribute to the late artist, and one can’t help but be enamored of the richness of the history of the establishment.

Banana Café for a Sagres and a Recharge and Wifi

While walking around and up and down and up and up and up again in Lisbon, one will doubtless run into many different outdoor cafes throughout the city with small hexagonal cafes and many tables with large umbrellas for shade to sit down and enjoy a coffee or a snack or a beer. I’m not quite sure how long they’ve been around, and there is nothing remotely literary about them, but these Banana Cafés are excellent places to grab a Sagres or a Super Bock and use the Wi-Fi to plan the next portion of one’s day. I found them invaluable when I was weary of walking and needed a rest and game plan for what to do next (as my days, while still loosely structured, tend to require a lot of improvising and generally a “go with the flow” kind of attitude).

If travelling to Lisbon and exhausted by the eternal leg workout that is The White City, one will greatly appreciate these Banana Cafes for a brief repose and refreshment.

This place definitely falls under the category of tourist attraction that is totally worth it. The iconic castle that adorns the hill that is the highest point in Lisbon proper is a wonderful way to spend a morning (before it gets super crowded). Wandering around is fantastic enough, but there is plenty of contextual history plaques and signage for you dads out there. Personally, I enjoyed pretending I was a character in Dragon Quest, but then again I’m eight years old.

Anyway, the castle is 110% worth the effort of schlepping up the hill to get to it. If ever in Lisbon, make sure you check it out.

Pretty, but overrated. I personally think it isn’t worth the effort it takes to get out there, but when in Lisbon, do as the tourists do, if you must…

Another reason to visit Belem, it is said, is to visit not only the tower, but to get the iconic custard tart from Lisbon’s most famous bakery. Famous for their Pasteis de Nata’s, Pasteis de Belem is widely considered the best place to get the best Pasteis in all of Lisbon/the world. However, many a local told me that the lines and tourist effect of this beloved pastry place have made it mediocre and too mainstream. Now. being a massive hipster and having a pathological need to be different and underground and cool, I took their advice and went to the Time Out Market, which, while touristy, is a much better pastry, and also importantly no wait. Yes, I know what you’re thinking: “Connor, give me a break. The freaking Time Out Market is where you think a hipster can go to get the most underrated Pasteis de Nata in all of the world? Yeah right.” But it’s true. I only speak the truth of the people, and the good people of Lisbon told me that it was there where the best Pasteis could be found. Either there, or any random authentic bakery.

So, there you have it – I’m just passing along my insider tips.

Back to the literary world. As I briefly detailed in not all that much detail before, Fernando Pessoa was a famous and beloved Portuguese writer in the early 20th century known for bringing the Modernist literary movement to Portugal, much like a Portuguese James Joyce or Earnest Hemingway – he really was that revolutionary. Of course, being a lifelong Lisboeta, Pessoa has a house that he lived in towards the end of his life that is now a museum dedicated to his literary legacy. For anyone like me who is about all things literary, this is a great place to spend an afternoon.

In these 1800 or so words, I haven’t even scratched the surface of what Lisbon is all about, but I do hope that I gave you some insight into my trip there (however fractured and manic the writing) and what one who likes books and cool cultural things, touristy and esoteric, can do in that magical, azulejo-clad city.

Movies and literature to watch/read to get you excited about your trip: